Good article about how your can use your shiny new VR goggles for something other that practicing your shooting:

Studio 360 –  The pioneers who are making the first virtual-reality narratives. 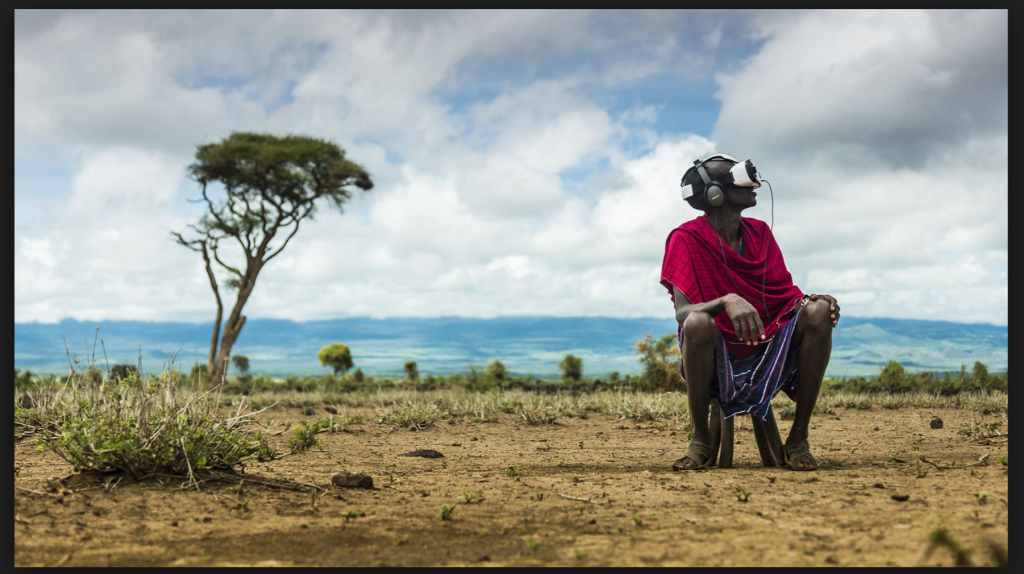 Janicza Bravo makes short films about loneliness. In one, Michael Cera plays an abrasive paraplegic who can’t get lucky. In another, Gaby Hoffmann plays a phone stalker for whom the description “comes on too strong” is not strong enough. Bravo’s shorts employ the visual grammar of art-house cinema: over-the-shoulder shots representing a character’s point of view, handheld tracking shots depicting urgent movement, lingering closeups to heighten intimacy or unease, carefully composed establishing shots with an actor in the center of the frame.

In March, 2015, Bravo went to Venice, on the western edge of Los Angeles, to meet with a production company called Wevr. The name is pronounced “weaver,” but it can also be thought of as a sentence, with “We” as the subject and “V.R.” as the verb. As anyone who has read a tech blog within the past five years, or a sci-fi novel within the past five decades, knows, “V.R.” stands for virtual reality—a loosely defined phrase that is now being applied to several related forms of visual media. You put your smartphone into a portable device like a Google Cardboard or a Samsung Gear—or you use a more powerful computer-based setup, such as the Oculus Rift or the HTC Vive—and the device engulfs your field of vision and tracks your head movement. The filmic world is no longer flat. Wherever you look, there’s something to see.

The producers at Wevr invited Bravo to write and direct a V.R. project. “I said no,” she told me. “It sounded like a technical thing, and I’m not into technical. But then I talked to my husband, and he said, ‘How often do people just hand you money in this business?’ So I changed my mind.” She thought about what kind of story might be told most effectively in the new medium. “The two words I kept hearing about V.R. were ‘empathy’ and ‘immersion,’ and I wasn’t sure that being immersed in one of my dark comedies would be all that useful.”