Or real replica guns such as the Red Guns shown below with our pre-production prototypes attached to them.

Works great in Steam VR with the HTC Vive Tracker attached. Most game functions accessed by shooting a laser at the User Interface

Other game controls are on the Vive hand controller.  Red Guns are weighted, correct dimensions and I am using them to demo since they are easier to get into office buildings, hotels and convention centers. A big hit thus far, even with non 12 year olds.

Will send them out to beta testers soon. Production attachments should be universally adaptable, depending on the universe. 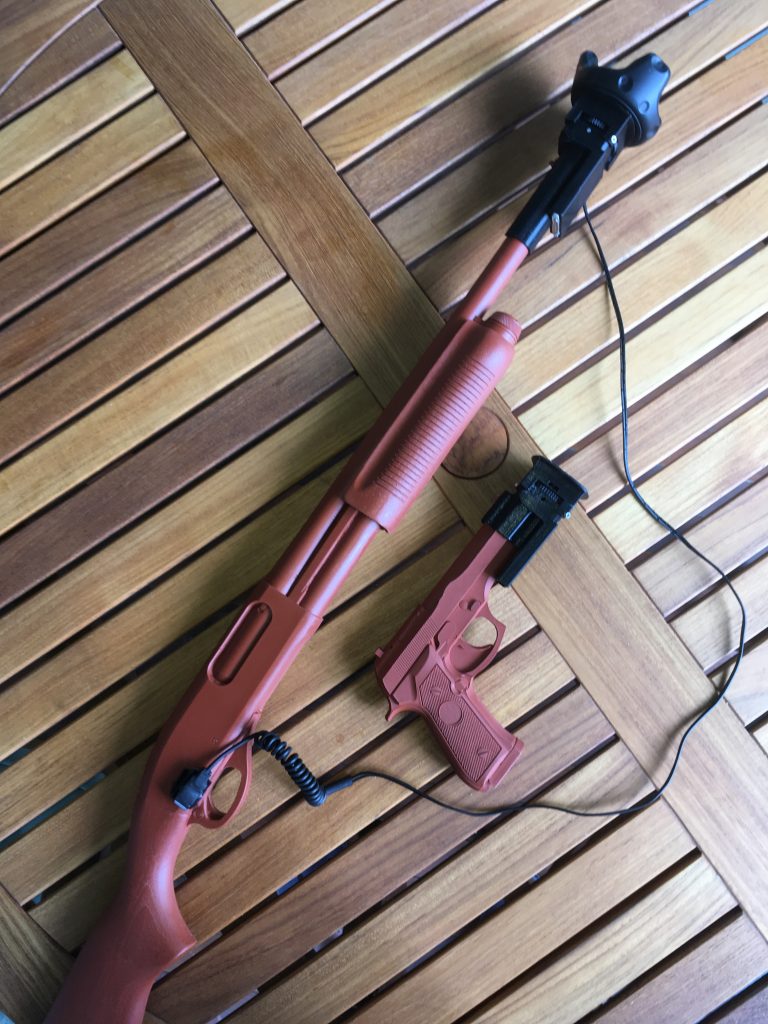 Red is the new black