Lead Tech is finishing up Virtual Reality trap shooting.  A draft shot from station 3 is shown below.  We have experimented with showing static aim points like this popular wall chart, that Terry Jordan developed. Terry’s chart is an excellent practice tool for trap, but with virtual reality shooting, we can simulate depth perception and with the animations, timing – as well as show the ballistically correct lead at any point of the clay’s trajectory. Next up, 5 Stand sporting clays. 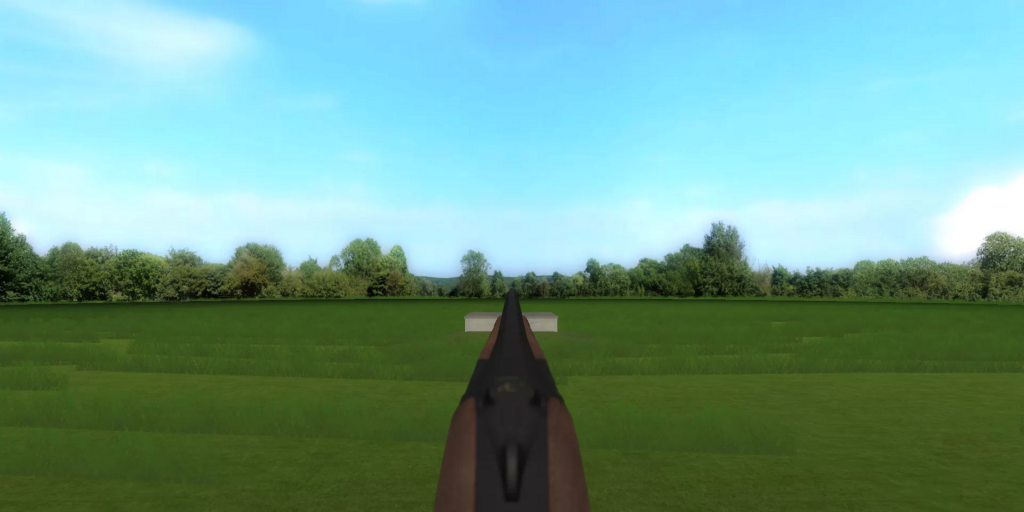