Is not that easy. Evidently.

Of all the games presented at the latest  Virtual Reality conference in San Francisco few of them do what Lead Tech does: enable the user to practice something in virtual reality that they can actually do in real reality.  Which is the reason virtual reality simulates reality – as opposed to the surreality of becoming a cartoon character. In a word, most of these games lack transference. The ones that are closest to reality are the race car driving simulators, followed by the flight trainers.

Becoming a Mario Brother in Virtual Reality is fun, but what that has to do with anything in real reality is not much. Simulating something in virtual reality that is directly applicable to real reality is a bit more challenging. The promise of virtual reality lies in the ability to make that transference – to the point where the distinction between the two becomes negligible. And most of what you are able to do in one is transferable to the other.

Apart from the race cars, perhaps the closest game to reality was “The Walk” from Sony, which recreates the tightrope walk that Philippe Petit did in 1974 between the World Trade Center towers.

Except that’s probably not something you’d want to try in the real real world . . . 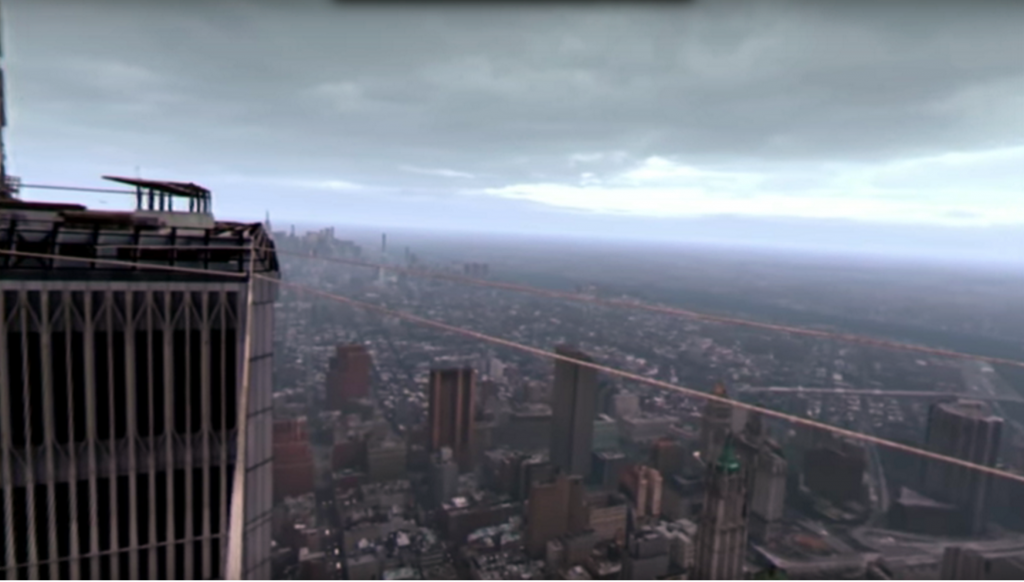