What are some examples of virtual reality shooting simulators?

While there is a plethora of VR shooting games – that represent shooting firearms rather cartoonishly – there are only a few commercially available shooting simulators that seek to recreate the actual dynamics of shooting faithfully and realistically.

No traditional First Person Shooting (FPS) game is wholly realistic, since they are limited to 2D representations of what can be a 3D activity (depth perception involved in shooting moving targets), and not to scale – image is artificially constrained to a small screen. 2D FPS is a cyclops looking through a key hole into a doll house. That’s unlikely to simulate shooting, much less improve your shooting ability – except in the simulacrum of a 2D game.

There are some rather pricey VR shooting simulators designed for the police and military, and they can take advantage of VR’s capability to recreate depth of field, binocular vision, movement and realistic ballistics – similar to a flight simulator. There are VR shooting games, but most of them lack one of the following:

If programmed correctly, VR has the potential to not only recreate the shooting experience, but teach correct shooting techniques, and use real guns or full scale training guns as the game controller platform.

Compared to other sports, such as tennis, where the real time, in-game variables are significantly more complex, sports shooting, with its predictable trajectories and ballistics, is rather straightforward to simulate accurately. Since shooting involves expenditures on ammunition, targets and range time, hype realistic VR simulators can become a cost effective alternative, with less wear-and-tear on shoulders and ear drums – and provide more instant feedback for training purposes – since the shooter can see where and how they miss then correct and learn. Since commercial VR is fundamentally a game, it facilitates making the transition to the shooting range for gamers. 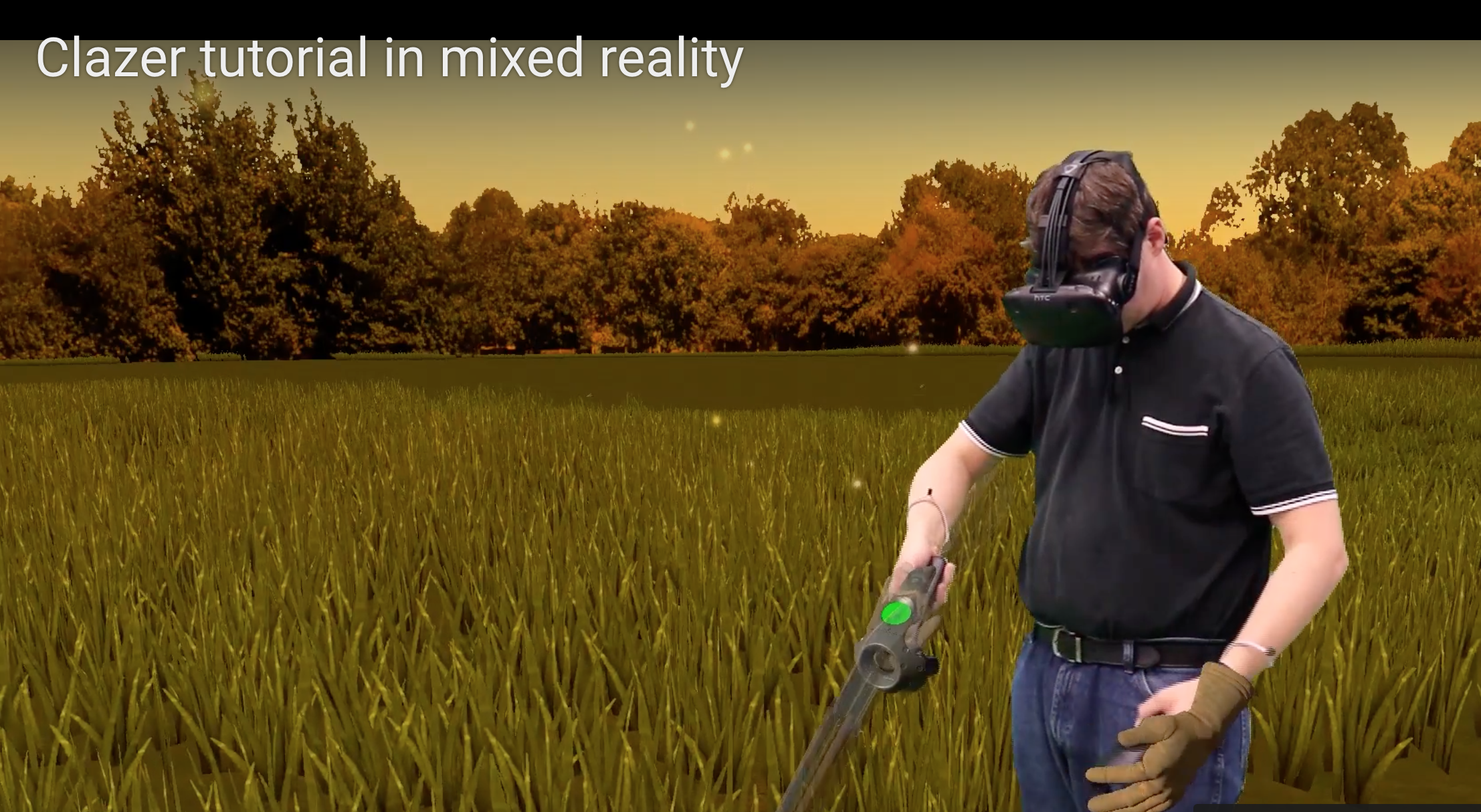